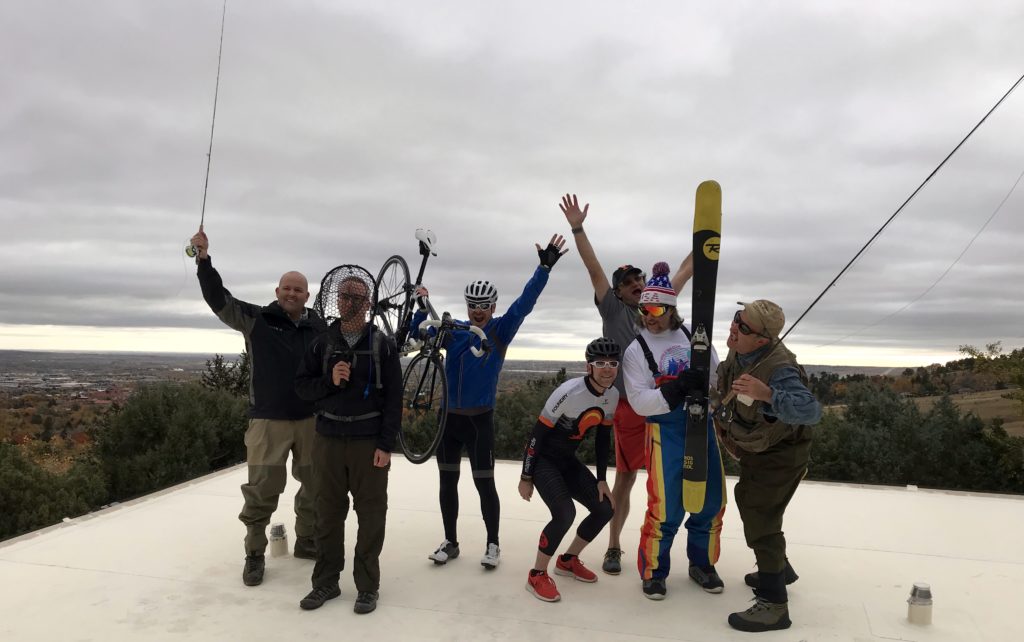 It was one of the most frequently asked questions when we announced me joining Foundry Group. It usually came in the form of a question but was sometimes a statement.

“Are you going to be in one of those videos?” or “You know, they are definitely going to make you be in a video!”

Of course, I knew that Jason and the gang had another video in mind. And I knew it would likely be embarrassing and fun all at the same time. However, it’s one thing to consider and accept the notional idea. It’s entirely another experience to actually find yourself singing into a microphone and posing for cameras in silly attire. The last time I participated in something like that was high school. And let’s be honest, I’m really glad those videos never made the jump from VHS.

It was a ridiculously fun day at Foundry Group. Jason is our creative director and all other roles mixed into one. None of this would happen without him. It takes a lot of work to make this all come together; not least of which is to dream up a song, pull together a video sequence and then make all of us extend ourselves to come up with something legitimate. or at least humorous. 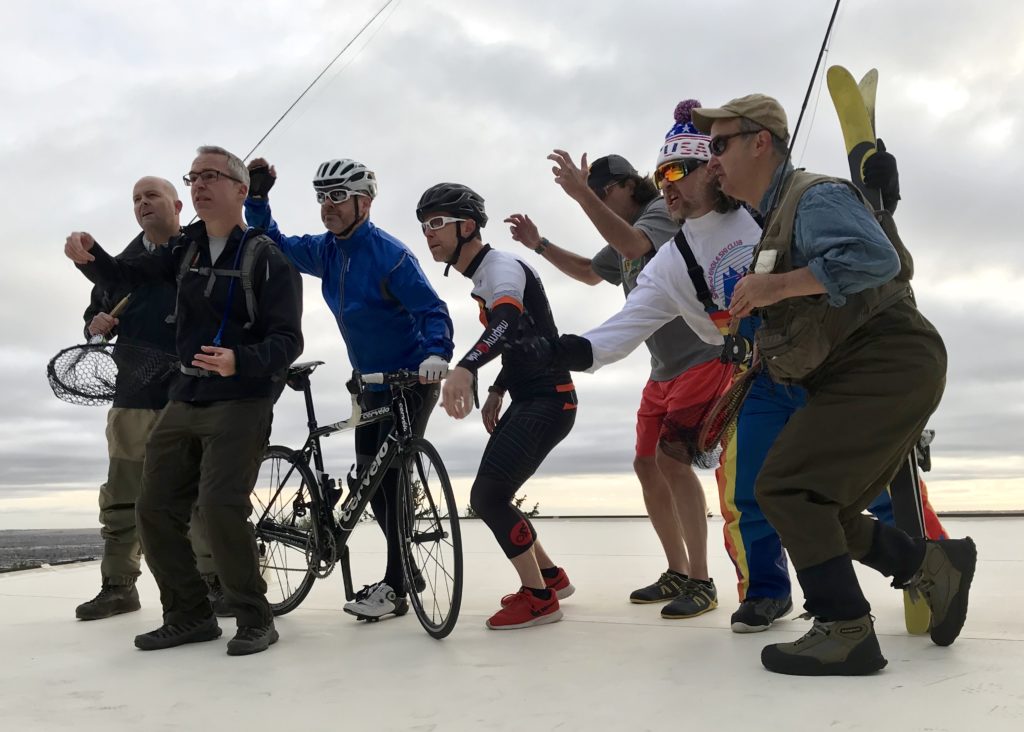 There are a few moments worth calling out. The day started out incredibly cold. We were up on the side of a hill, actually on the roof of Jason’s house.  We each were wearing some sort of gear to sketch out our interests.  I’m glad I was a fly fisherman and not a runner in shorts and tee shirt like Brad! 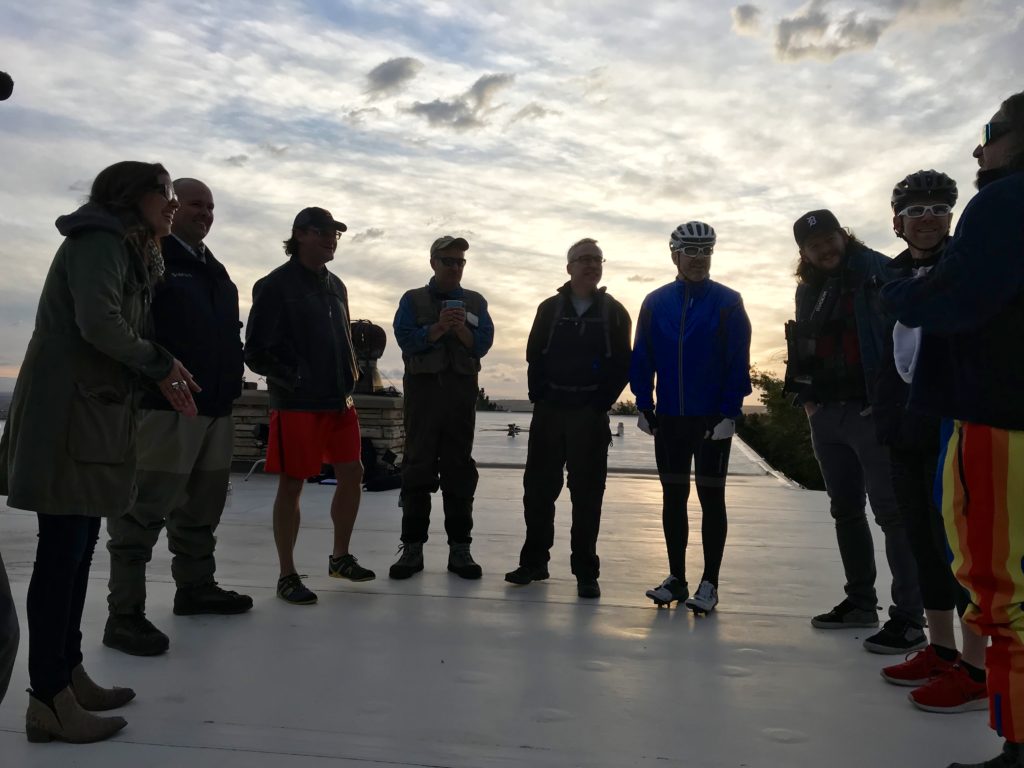 We then moved into the various sequence and location shots. These all provided some good humor. Boulder really isn’t one of those places where you see a bunch of suits walking down Pearl Street!  Much less with a camera crew and singing into a mic. 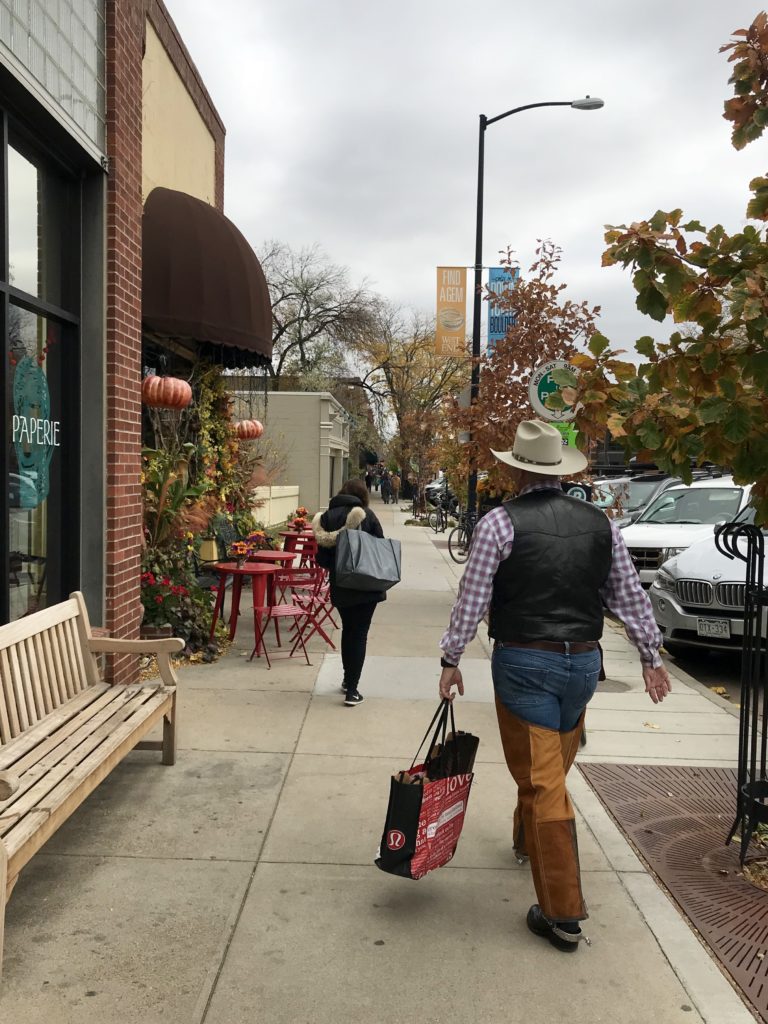 One particular moment that had me shaking my head was to find myself walking down Pearl Street in full cowboy regalia – hat, boots, chaps, spurs, holster and cap gun. Boulder is also not a place that you carry guns, not even cap guns. I was confident however that the Lululemon bag would keep me protected from having to shoot my way out of a hacky sack circle! 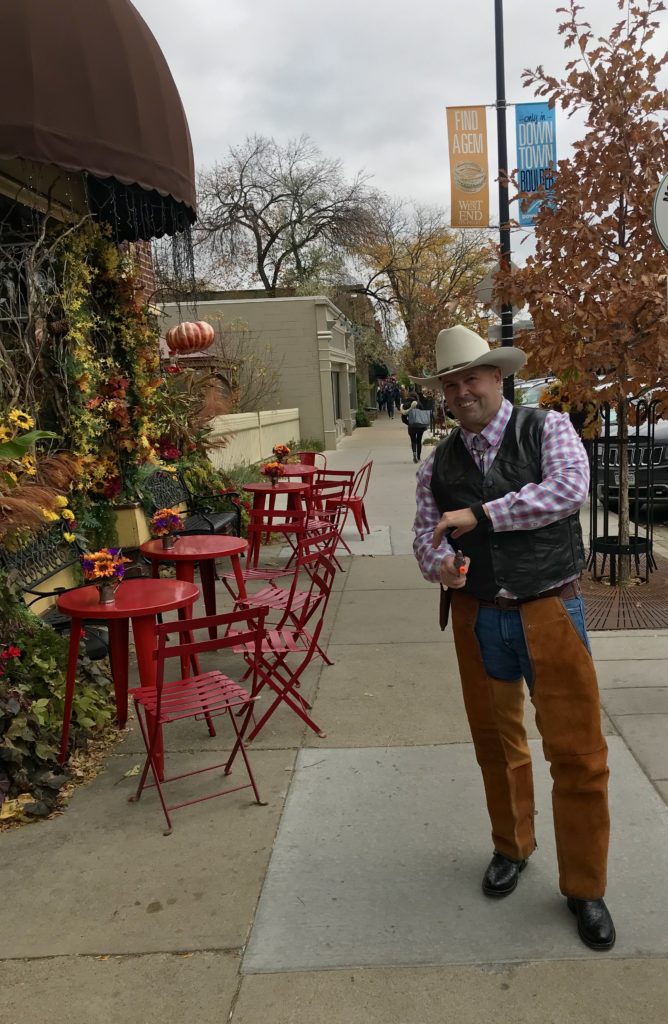 I should note that in this moment of walking down Pearl, I realized that my two companions (Micah and Jaclyn) had decided to walk about fifteen feet behind me as if they were not associated with me. Memories of middle school and walking in the mall with my so very uncool mother came flashing back. Now I was the one that these two were distancing themselves from….at least Micah took these pics.

I did at least get to show off the custom FG boots that all the partners received once they brought a Texan into the fold! And if you were wondering, I did already own the chaps. 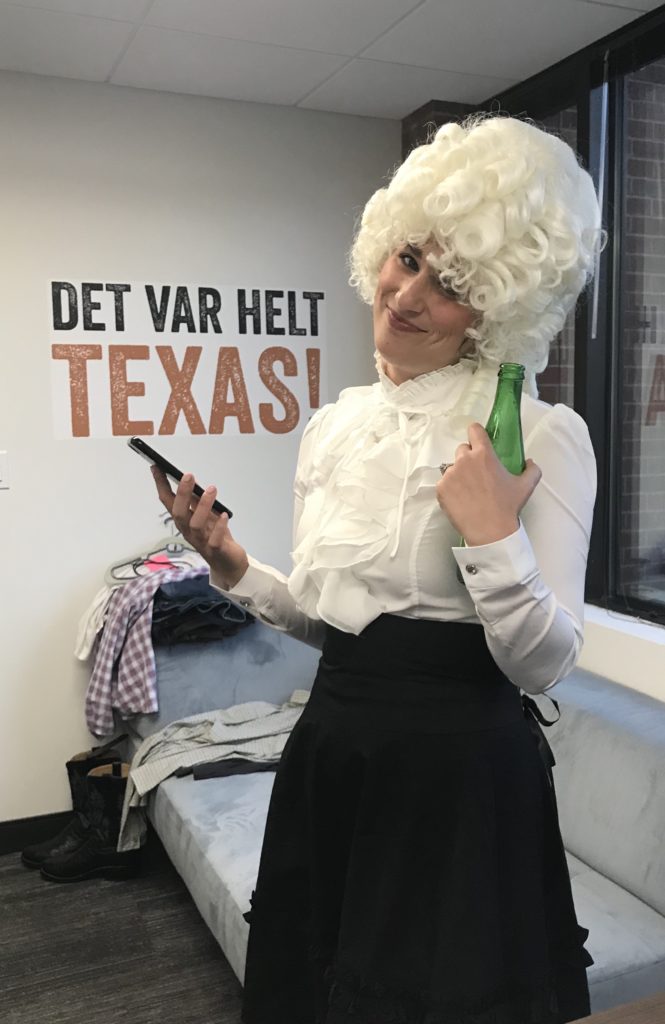 I would be remiss if I didn’t include this picture of Jaclyn. It appears that she is drinking on the job and, to be fair, it would be completely reasonable given the wig here. Her expression tells you enough about a day like video day at Foundry Group!

And then there’s Jamey. Words leave me. 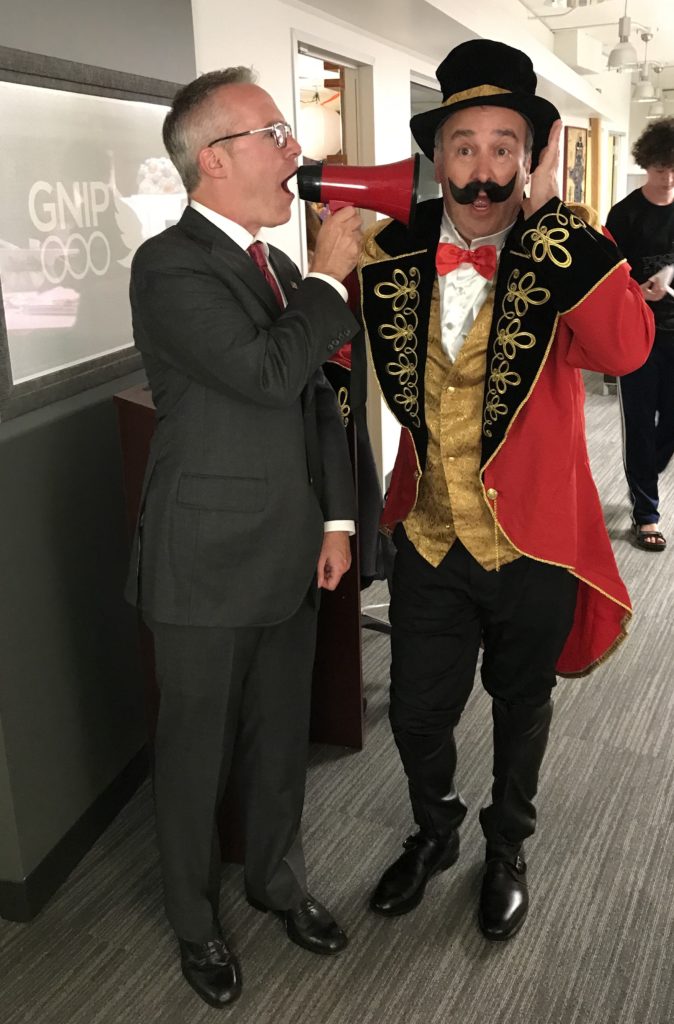 I’ll part with another link to the video here. And tease you with the idea that we’re already after Jason to come up with the next iteration, one that makes a lot of sense when you look back at the first video.