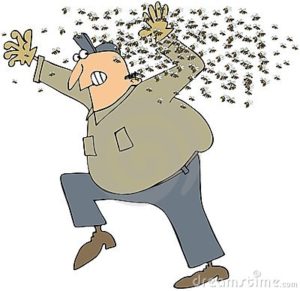 I put the below note in an email to a friend a few weeks back and I find it’s something I’ve been thinking about and saying over the last year. I figure I might as well be on the record for it!

VC formation is only following and responding to company formation. There has been an explosion of companies and now the same explosion in fund formation. We continue to see company formation accelerate as friction and capital needs are removed from the system. VC is undergoing a similar explosion of funds and managers as the barrier to entry has been lowered (meaning you need less capital) and micro-networks of entrepreneurs are beginning to support each other’s success, sometimes with the benefit of these smaller pools of outside capital. We call them pre-seed, micro-vcs or some other new term but I really see them as a reflection of the changing company formation landscape. Brand and differentiation remain most important at any stage of VC, where the entrepreneur is really the customer. As a VC, you’re vying to attract the right customers at the right price point. They are attracted to brand and success of fellow portfolio companies.

I also firmly believe that definition creep has happened up the scale of rounds. Seed is the old A, pre-seed is the old seed, and B/C rounds are now growth? These multiple rounds remind me of the old milestone rounds where you get more risk decision points. A rounds aren’t as risky as even 5 years ago (and crazy different than 1999) due to previous funding and company progress, plus many types of technology investments get data earlier, provide feedback on whether to continue funding and consume less capital overall to get to profitability. Shorter way to say that is to suggest that upside remains in early stage but should be lower capital loss ratios than prior periods. I don’t think most LPs have figured out that the risk curve may have shifted.  Instead, they probably feel like they are being swarmed and find themselves overwhelmed.

Traditional LPs are seeing the returns from venture and they aren’t sure how to play or what to make of these returns, with many suggesting a bubble will bring all these companies back down to earth. There is no doubt that economic cycles matter and funding will decrease causing some pain. Erik Rannala from Mucker Capital recently had a really interesting take on technological revolutions that provide a big picture view of these cycles that made me think hard about my own views. Worth a read. Nonetheless, we know cycles happen and I don’t expect that to change. That said, I do think the risk curve has shifted meaningfully and you will continue to see early stage venture returns as the most attractive place to deploy risk capital.  I certainly voted with my feet!