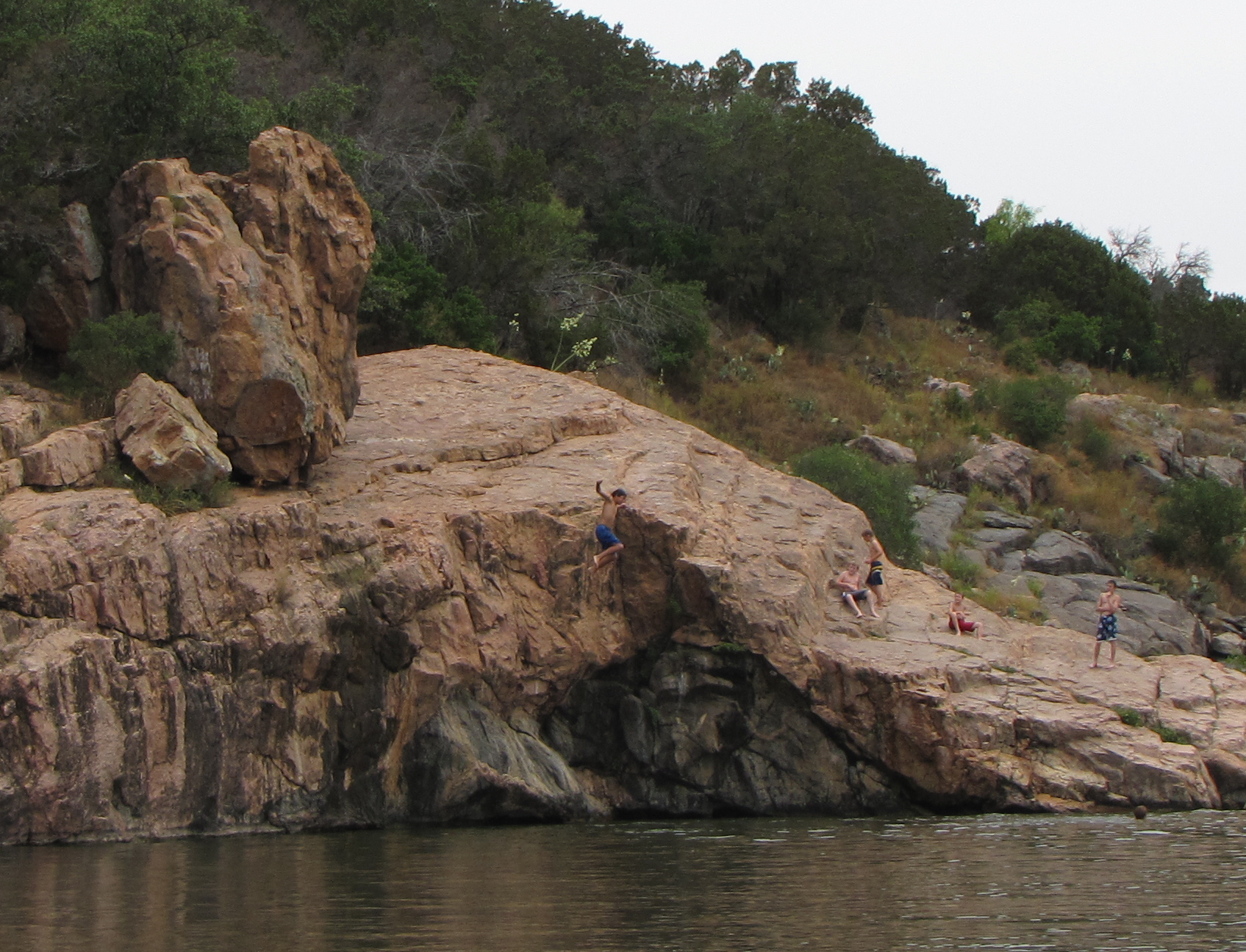 When you grow up in Texas, it’s quite common for your parents to ship you off to summer camp starting about 8 years old.  Some kids love it.  Some are homesick.  With the benefit of hindsight and my role as a parent, I now know that none of us kids realized just how happy our parents were to have a 3-4 week childless break themselves!   I can’t wait until Melissa and I have that same break together.  Yes, the girls were signed up for camp right after they were born. 🙂

In my case, I went to Camp Longhorn in Burnet, Texas.  It was a great experience.  I was homesick the first time but made friends and loved all the activities.  I was particularly gifted at the Blob jump given my hefty kid status.  We would put the smallest kid in the cabin at one end of the Blob (which is shaped like an inflated pillow) and I would jump from the tower sending all the air expanding straight to the back of the Blob thereby catapulting tiny Tim 2-3 stories in the air.  Yes,  that was fun.    But back to the story.

One of our favorite activities towards the end of camp was to take the rafts over to Devil’s Hole at Inks Lake State Park.   We would all line up and jump off the 25-30 foot cliffs.  Fairly harmless but SCARY FUN for a little 8-12 year old.   There was another rock, positioned above and well behind that lifted you another 20+ feet and set you at least 6 feet of ledge before you were over the water.  We called it “Counselor’s Rock” as only a few of the older kids or counselors were willing/able to jump that rock.  Counselor’s Rock make quite an impression on that little 12-year old.   It stuck in my head.  I WANTED TO JUMP OFF THAT ROCK.

Two years later, in 8th grade another family invited me to go camping with them to Inks Lake State Park.  I would have another shot at the Rock.  I showed my friends Counselor Rock and told them I was going to jump off of it.  This time, I had processed the risks and steeled myself for the jump.  I was determined to force myself out of my comfort zone and GO FOR IT.   In the moment,  I seemed to hover in mid-air for an incredible amount of time before impacting the water.   When I came up for air, it was an exhilarating moment.  One not forgotten 30 years later.

As I’ve gone through life and the first part of my career, I’ve repeatedly found that you have to force yourself out of your comfort zone to experience a new level.  I think back to leaving a great job and good friends at KPMG for the unknown outcome of business school in Austin.  Or taking a role at UTIMCO while still in school.  Or asking my beautiful wife to marry me.  KIDS, now that was a jump…

AND most recently – leaving UTIMCO.  I’ve left my comfort zone again and I know that I can draw on that experience at Counselor’s Rock.  I took the time to process the risks and forced myself to “jump” out of my comfort zone so that I might prove something to myself.  Thus you have – Lindel’s Leap…..